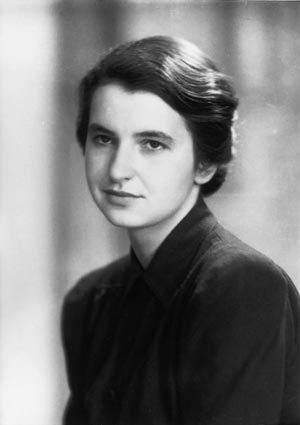 On the 7th of February, this year, a rover that will land on Mars, was named after historic scientist Rosalind Franklin. The rover is an a unmanned ship that will look deeper into life on Mars. The European Space Agency (ESA) has named it after her for the fascinating research that she did on the human body.

Rosalind Franklin was born on the 25th of July, 1920, in Notting Hill, in London. From a young age, she knew she wanted to be a scientist. Her father discouraged the idea as in that time, it wasn’t acceptable for a woman to have that type of career. She was extremely intelligent and went to study at St Paul’s Girls school and the University of Cambridge (where she earned a Ph.D in physical chemistry). Her research and the work of James Watson and Francis Crick, led to the discovery of the DNA double helix. Because of this, she has become extremely famous, therefore having a rover named after her in her honour.

The Exomars will be an incredible rover which will be searching for any signs, or hope, of life on Mars. The Rosalind Franklin will be different to any other rover before as it will be able to combine the capability to roam around the red planet as well as study beneath the surface. Hopefully it will find a droplet of water or some bacteria that will show that we are able to survive on Mars. British engineers are hoping to have the finished rover ready by July.

This is an amazing breakthrough with both engineering and science. 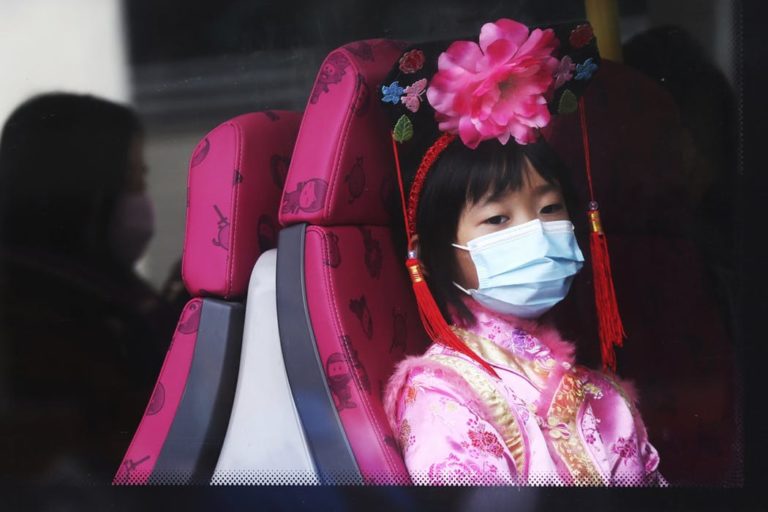 By Charlie Holmes - 29/01/20 - Science and Nature, UK, World
Breaking News : British Airways has just suspended all its flights to and from mainland China today as a new deadly virus from China goes global. Coronavirus has so far caused more than 130 deaths, spreading fast across China and to at least 16 other countries.  Although there are no confirmed cases in England yet, 4 cases have been confirmed in Germany, making it the second European country to report cases, after France. Authorities in China have confirmed that the deadly virus has already infected over 6000 people and killed 132 as of Wednesday 29th January, with cases being reported in Japan, Thailand, the USA, Australia, Canada, France, Germany, Nepal, Singapore and South Korea so far. Any people leaving China will be screened for the symptoms of the virus (a cough or a fever). The Chinese government have instructed no one to leave Wuhan, the city where the virus started.  And no one is allowed to enter. This is called a quarantine. Eleven million people live in Wuhan.  The UK government is arranging to evacuate Britons from Wuhan and the surrounding Hubei province, with up to 300 British people thought to be in the area.   Severe acute respiratory syndrome (Sars), which is caused by a type of coronavirus, killed 774 of the 8,098 people infected in an outbreak that started in China in 2002. Only 2.2 percent of confirmed cases have seen deaths at the moment, but this could be changing rapidly if the disease spreads and mutates. So far, there have been methods of treatment but no cure.  By - Charlie (Photo Credit : ACHMAD IBRAHIM – ASSOCIATED PRESS)
Culture
From: Barnes 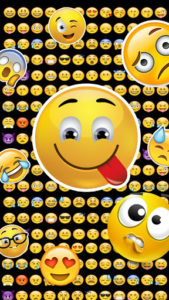 By Athena - 14/02/20 - Culture
By Athena and Millie New emojis are soon to be released in 2020. Some of these are: polar bear, a transgender flag, gender neutral Santa Claus, a smiling face with a tear, disguised face, pinched fingers, anatomical heart, ninja, person in Tuxedo, woman in Tuxedo, people hugging, black cat and much more. There are even going to be emoji's of extinct animals such as Dodos and Mammoths. In addition, there is also going to be a tea pot and bubble tea emoji, for people who enjoy the Taiwanese drink. Guess what? A polar bear and placard emoji's are going to be included because of climate activists and climate chaos. Lastly, if you are a fan of food and animals, you will be excited to scroll through these fun emojis and match your true identity.
From: Barnes 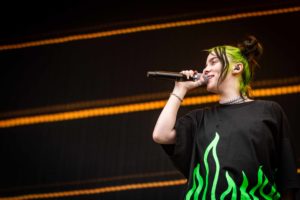 By Ella - 14/02/20 - Culture
Billie Eilish - the teenage pop star- has been chosen to sing the theme song for the new James Bond film; No Time To Die. The singer said, "It feels crazy to be a part of this in every way. James Bond is the coolest film franchise ever to exist. I'm still in shock.'' Adele's Skyfall and Sam Smith's Writing on the Wall  have both won Oscars. The star wrote the song with her brother, Finneas O'Connell, who also helped writing the album When we fall asleep, Where do we go? which was Grammy nominated. Viewers think the song will come out a month before the movie's premier, No Time to Die premiers on April 3rd. Producers Michael Wilson and Barbara Broccoli described her new song as "incredibly powerful and moving", and "impeccably crafted to work within the emotional story of the film.'' The film's director, Cary Joji Fukunaga, said: "There are a chosen few who record a Bond theme. I am a huge fan of Billie and Finneas. Their creative integrity and talent are second to none and I cannot wait for audiences to hear what they've brought - a fresh new perspective whose vocals will echo for generations to come." Several artists were thought to be in the frame for recording the title song, including Dua Lipa and Beyoncé - who hinted at it after posing with a glass of vodka martini (shaken not stirred) on social media last week. Eilish also dropped hints on her Instagram, sharing a series of images from Bond movies over the last 24 hours. Fans also noticed that Fukunaga had subscribed to her feed - making her one of just 81 people he follows on the platform. Billie Eilish is most famous for her whispery songs and creepy music videos. Some of her most famous songs include Bad Guy, When the Party's over and Bury a Friend.
From: Barnes

By Ella - 14/02/20 - Culture, Sports
Everyone should be able to pursue their dreams. If they want to be a footballer, they should be allowed to do so. Unfortunately, girls are only just beginning to be treated equally, some aren't even allowed to play on the same pitch as boys. Some club coaches split girls and boys into different teams. Why can't they play together? This year, since the Women's World Cup, lots of girls and women have been inspired to take up football. One of those girls is thirteen-year-old Olivia Hancock. Ever since the age of 7, Olivia has been campaigning for gender equality in football. In May, she was a guest speaker for UEFA before the Women's Champions League final where she spoke about her goal to make sure girls are treated the same as boys when they're playing football. Her story caught the eye of Millie Bright (English professional footballer) and the two decided to meet up to discuss the future of women's football. Olivia told Millie about her tough experiences in her favourite sport - football. Unfortunately, she also spoke about a time where she was punched by a boy when she was playing in a football match. Millie told her that she thinks boys need to be educated that both genders should both be allowed to play, and both be treated equally. "That's someone's career, someone's dream and it could be their job for a very long time," Millie said. "For me to say that I wouldn't want to play at Stamford Bridge every week would be a lie. That's something all clubs should be trying to enable women to do, playing at the big stadiums." When Millie asked Olivia what she'd like to see happen to encourage the women's game, Olivia said: "I think it has to start at primary schools. Set teams up there so they can start at an early age and work their way up in the game." The Football Association is halfway through a plan to make football the number one sport for girls in the UK. More than 12 million people played football in England last year. A quarter of those were female. That's almost 10% more than the previous year.