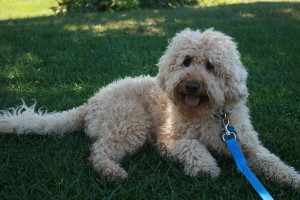 Have you recently been to a park to find a Labradoodle running up to you? Well these adorable creatures are one man’s life regret.

The first ever Labradoodle was bred in the 1980’s by a man named Wally Conron, but he now wishes they never set foot on earth. This is due to some serious health issues that the dogs have been found with.

Wally Conron says they are his ”life’s regret” and he does not know why people still breed them today.

This is because many people have begun experimenting with cross-over breeds which can lead to long term health issues.

Apparently they are either ‘crazy’ or ‘plagued by health problems.’

Aproxamately 30,000 people in 2015 voted labradoodles to be their favourite dog with 1000 votes on greyhound in second place.

Wally, who is Australian, created the labradoodle in the late 1980’s.

The first Labradoodle was bred in Hawii for a blind lady whose husband was allergic to long-haired dogs.

After several years of problems Wally finally came up with the idea of a dog with the working ability of a labradoor  and the coat of a poodle.

Many labradoor owners say they are calm and loveable creatures but Wally has the idea that they are a bit crazy.

Do you agree with this? Do you have a  labradoodle at home? How does it behave? 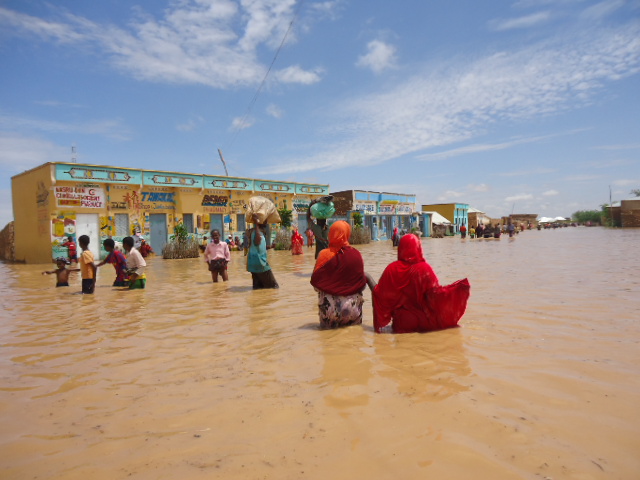 By Lara Sukhenko - 27/11/19 - Science and Nature, World
Over 2.8 million people across 9 African countries have been deeply affected by catastrophic rainfalls over the last few weeks.  Dozens of people have been killed across central and eastern Africa after heavy rains triggered landslides and caused rivers to burst their banks. Kenya has most casualties: 130 people have died there and 250 across the region. On the other side of the Congo river at least 50,000 people were affected by the downpours, prompting the Congo-Brazzaville government to declare a state of emergency. Heavy rains and landslides have also killed dozens across the wider east African region during weeks of downpours, with 29 buried by landslides in Kenya and 10 people drowned in a river in Tanzania, officials have said. In Uganda it's also really bad with many villages flushed away. While there can still be some rain falling in January and February, the next rainy season is March to May. In Kenya typically the short rains occur in late October early November, but this amount of water is highly unusual and a consequence of Climate Change. in 2016 and 2017 the "long rains" of March - May failed entirely and the whole region suffered a massive drought. Weather experts from the UK Environment Agency said: “The rains this season have been enhanced by a phenomenon called the Indian Ocean Dipole which, when positive, can cause a rise in water temperatures in the Indian Ocean of up to 2C. This leads to higher evaporation rates off the East African coastline and this water then falls inland.” A relief worker from CARE International said: "Many of the people affected by this flooding are also the same that were affected by the terrible droughts earlier this year that left over 3 million people in food insecurity". It's important we do remember how real the changes of weather patters are. Scientists even say that extreme weather events will be the new normal if warming continues at its present rate. Floods: tips to remember (Source : The UK Environment Agency) 15cm (6in) of fast-flowing water can knock over an adult and about 60cm (2ft) of water can move a car Avoid walking or driving through flood water Move your family upstairs or to a high place with a means of escape Do not touch sources of electricity when standing in flood water Put plugs in sinks and baths Weigh belongings down with a sandbag or a heavy object Flood water can contain sewage, chemicals and animal waste so wash your hands thoroughly if you touch it. By Lara
World
From: Barnes 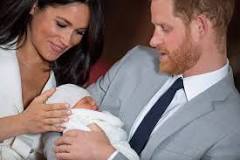 By Robin Selimi - 22/11/19 - World
The Duke and Duchess of Cambridge have announced their royal baby as Archie Harrison Mountbatten-Windsor. He is now placed seventh in line to the throne and unlike his cousins' names, he doesn't have an official royal name. Historically, Archie was a contraction of the name 'Archibald' which means 'truly brave', but today Archie is a fully governed name. Archibald isn't the most common name today in the UK. In Scotland, Archie is the 3rd most popular name and is still 18th most popular name for boys in England and Wales and 147th most popular in the world.
From: Barnes 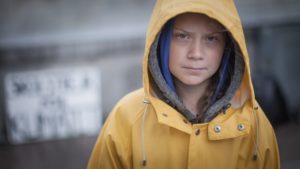 By Archie - 22/11/19 - People, World
Many things surround the Swedish teenager but one thing is for certain, she is polarising. Donald Trump compared the climate activist to the actor Kelly. When she spoke to the United Nations she told them that they had ruined her dreams and her childhood. Also, when she noticed Donald Trump walk into the room she certainly did not look in the slightest bit happy. While she was sharing her speech, Donald Trump was seen checking his watch, lying back in his seat and yawning just because he does not believe in climate change and thinks it is a load of rubbish that the scientists made up. Not many agree with him.
From: Barnes 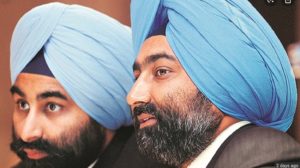 By Oliver - 22/11/19 - World
Two brothers have been arrested in India, accused of fraud. Shivinder Singh and Malvinder Singh and former owners of a pharmacy giant, Ranbaxy, and current owners of a popular hospital chain. The Singh brothers were arrested by the economic offences wing of the Delhi police on Thursday evening. They have been charged with cheating, criminal conspiracy and criminal breach of trust. They do not agree with this, however. Their companies went down financially and couldn't pay their loans. The two brothers are expected to appear in court on Friday to defend their cases. The investigations have now been carried out and the brothers will stay in Tihar jail till 31st October and then will come out in judicial custody.