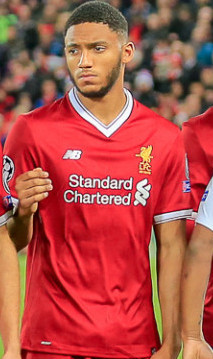 England thrashed Montenegro to secure a place in the 2020 Euros. They won 7-0.

While the team had something to be proud of, the fans don’t. They booed an innocent Joe Gomez for getting into an argument, in training, with Raheem Stirling.

They booed at poor Joe because Stirling was dropped from the squad after he started the argument. After the match,Raheem Stirling defended his team mate by saying, ‘ to all the @England fans, I wanted to leave things as it was but tonight I have to speak again: it was hard for me to see my teammate get booed for something that was my fault’.

Stirling played on Sunday in England’s 4-0 victory against Kosovo. Let’s hope the England fans never do it again!

By Ella - 14/02/20 - Culture, Sports
Everyone should be able to pursue their dreams. If they want to be a footballer, they should be allowed to do so. Unfortunately, girls are only just beginning to be treated equally, some aren't even allowed to play on the same pitch as boys. Some club coaches split girls and boys into different teams. Why can't they play together? This year, since the Women's World Cup, lots of girls and women have been inspired to take up football. One of those girls is thirteen-year-old Olivia Hancock. Ever since the age of 7, Olivia has been campaigning for gender equality in football. In May, she was a guest speaker for UEFA before the Women's Champions League final where she spoke about her goal to make sure girls are treated the same as boys when they're playing football. Her story caught the eye of Millie Bright (English professional footballer) and the two decided to meet up to discuss the future of women's football. Olivia told Millie about her tough experiences in her favourite sport - football. Unfortunately, she also spoke about a time where she was punched by a boy when she was playing in a football match. Millie told her that she thinks boys need to be educated that both genders should both be allowed to play, and both be treated equally. "That's someone's career, someone's dream and it could be their job for a very long time," Millie said. "For me to say that I wouldn't want to play at Stamford Bridge every week would be a lie. That's something all clubs should be trying to enable women to do, playing at the big stadiums." When Millie asked Olivia what she'd like to see happen to encourage the women's game, Olivia said: "I think it has to start at primary schools. Set teams up there so they can start at an early age and work their way up in the game." The Football Association is halfway through a plan to make football the number one sport for girls in the UK. More than 12 million people played football in England last year. A quarter of those were female. That's almost 10% more than the previous year.
From: St Osmunds

By Elise and Maria Tordable - 11/02/20 - People, Sports, World
On the 26th January 2020, 41 year old champion basketball player Kobe Bryant was killed in a helicopter crash. The Lakers legend was on his way to a basketball match when the helicopter crashed into a mountain near Calabasas in California and fell more than 20,000 feet per minute. The crash killed 9 people including the NBA star and his daughter Gianna who was only 13 years old and a great future basket player in the making. During the Oscars awards show on Sunday 10th February, Bryant was included in the Academy’s In Memoriam video montage, dedicated to those in Hollywood who passed away in the last year. The giant will be missed for years to come. By Elise and Maria
From: Barnes 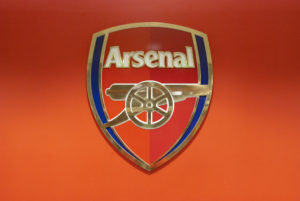 By Theo - 22/11/19 - Sports
On the 24 of October Arsenal avoided a shock defeat to the Portugese team Vitoria Guimaraes. After ten minutes of domination Vitoria scored through old Tottenham Academy prospect, Marcus Edwards. 22 minutes later Arsenal equilised through Martinelli! 4 minutes later guess which team scored? It was Vitoria. So at half time the score was 2-1 to Vitoria! As the clock ticked, chances were coming and both teams had been lacking their shooting boots until Nicolas Pepe was brought on for Maitland Niles. And in the 80th minute Pepe scored a screamer of a free kick so it was 2-2. It was the last minute of stopage time and Dani Cellabos had just been fouled and then Pepe got ready to take, he started his run up and curled into the top corner which made it 3-2.